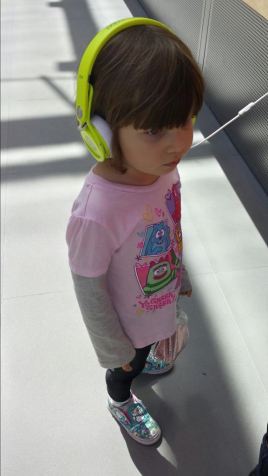 The other day I was talking with a close friend who sighed as she said that she is sadly probably one of the few people who still buys physical copies of albums. She even still seeks out vinyl. A woman after my own heart! As we were talking, I asked her if she uses any streaming music services like Pandora or Spotify since I like to understand how people find Kids music. She said, rarely, but if she does use any services it’s Spotify for the convenience of its playlist feature. Curious, I went to check out Spotify’s Browse feature which, according to Spotify, contains “expert playlists for every mood and moment.“

As I was scrolling through the “Kids” section, passing familiar categories such as Folk, Sing-Alongs, and Lullabies, I stumbled upon one that was intriguing. Enter the Hipster Youth playlist.  The Hipster Youth playlist contains a large selection of top kindie artists like The Verve Pipe, The Pop Ups, The Okee Dokee Brothers, Gustafer Yellowgold, Recess Monkey, Justin Roberts, Big Bang Boom, Ralph Covert and Dan Zanes among others. There is also some Yo Gabba Gabba representation, of course! Despite it being an excellent playlist filled with “hip and indie kids music” (note: The Goo Goo Dolls with Elmo and The Spin Doctors somehow make an appearance) the actual naming of the playlist is what caught my eye. Since it is a Spotify generated list (some lists are generated by Spotify members), I wrote Spotify to see if I could get more information on how the name of the list was chosen. As suspected, I was pointed to the help text which states that “Spotify Browse adds the human touch to our recommendations, creating a three-dimensional approach to music discovery. Between your friends, our personalized recommendations and real music experts, it’s the perfect formula to ensure you’ll always have the right music for every moment.”

While I wouldn’t necessarily identify myself or my daughter as a hipster (although I did buy her shiny gold leggings from American Apparel and joyfully exclaimed that she looks like a hipster), I have to admit that the label is catchy. Although, I’m not sure how many artists or listeners would identify with it. I like to think that in many ways it reinforces the coolness of this genre and makes me feel even more grateful to be a part of a thriving musical community made up of artists that value independent thinking, appreciation of art, creativity, intelligence, and clever wordplay. All of which you will find among the tracks below.

I checked in with Jack Forman of Recess Monkey on what he thought of being a part of a playlist called Hipster Youth: “[hipster youth] definitely makes me think of little kids with handlebar mustaches. So I guess that means I like it? There’s some chagrin in the family corner of the music world about media people who write the “FINALLY there’s music for kids!” article. I understand the frustration: we’ve all been at this for a long time. But really, whatever you want to call this kind of music we all make, it’s still extremely niche and most people don’t get it until they see one of our bands in person, watching their kids connect at a show, or really spending time with a record. All that being said, I think every time someone breathes new energy into the definition (kindie, hipster, etc.) is just that many more people who may discover it. But I think the bigger story here is Spotify will pay all of these artists, Recess Monkey included, a laughably small royalty. Sure, music discovery is an important part of being a career musician… but what Spotify is doing is downright criminal. At least hipsters aren’t thieves!”

To reinforce Jack’s statement, if you like what you hear, I would urge you to support these artists by checking out their sites, seeing them live, purchasing the songs and even a full album from media outlets like iTunes, CDBaby and Amazon. While Spotify is convenient, it provides a fractional financial “thank you” to artists. Besides, there really is no substitute for the real thing.