Happy New Year! I’ve been tinkering for weeks about whether to put together a “best of” list. Lists have never been my thing, but this week when I pulled up past interviews, reviews and music, I was quickly reminded that 2015 was in fact another incredible year in kids’ music. So, let’s do this thing!

The list below represents a sampling of the 20 best albums from 2015 plus one from 2014 (because I included my picks for the Fids and Kamily Awards which considers albums between October 1, 2014 and September 30, 2015) and a few honorable mentions. The albums are presented in no particular order, and are personal favorites of mine and those of my 7-year-old daughter Emily. They appeal to families who love music, the adventure of finding more of it, and parents who want to foster a love of music in their own kin. This, for me, is the big enchilada. It’s what I enjoy most about being a part of the industry and covering it for you.  Take 10 minutes and sample a few songs on each album. I promise you’ll find more than one to love, regardless of your age. 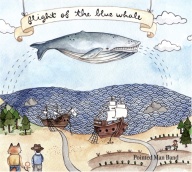 [Flight of the Blue Whale] is eccentric. There is a meticulousness in the overall composition that captured my attention, in addition to the variety of instrumentation. Waltzes serve as segues, buoyantly carrying the listener along, while nontraditional objects are used to emphasize critical pieces of the story, e.g. Drinking glasses sonically illustrating weightlessness as a baleen whale takes flight. 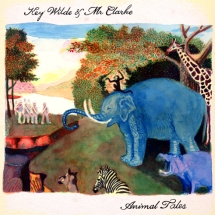 Imagine if you were to open a National Geographic Kids or Ranger Rick magazine and there was music playing on each page. Animal Tales takes the pages of these beloved magazines and brings them to life with soundtracks cleverly matched to a variety of animal personalities. Each song is rich with fun animal facts, infused with the artists’ lovable sense of humor and clever ability to play with words and phrases, making it one of the most listenable and entertaining albums out there. 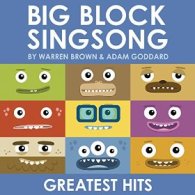 The musical variety of Big Block SingSong is tremendous and the lyrics are insightful and amusing, A block with a German accent singing in euro-funk style about hair; a monkey snapping off bluegrass-y lyrics about a “Two Banana Day”; and, with a catchy indie-pop backdrop, caveman named Dave pointing out that an erupting volcano is a hot mess. These are just a few of the priceless gems you’ll find in this collection. 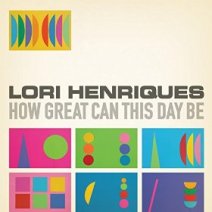 Can music make food taste better? It’s a strange question to consider, but I am certain that listening to Lori Henriques first thing in the morning enhances the flavor of my breakfast and makes my coffee taste smoother. The thing is, playing this album at the start of your day (or really, any time you need a pick me up) delivers just the right amount of optimistic potential inherent in the title’s own rhetoric. Henriques’ passion for life, art and music is evident in the topics she covers and her songwriting/musical chops are top notch. 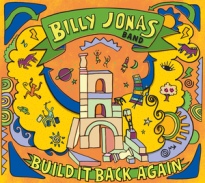 Strange yet intriguing are the words that come to mind. Both in the songs’ symbolism as well as Jonas’ ability to play with words. Build It Back Again satiates the mind’s quest for knowledge. This is a thinker’s album for sure, and those who pay close attention will find no lack of material to ponder on and play along with. 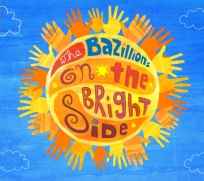 The Bazillions – On The Bright Side

The Bazillions have mastered the partnership of educational material with solid songwriting and storytelling skills. Coupled with power pop chords, this album is a bright shiny partner to pal around with. 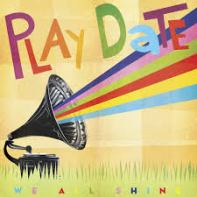 Play Date – We All Shine

Husband-wife duo Gregory Attonito of The Bouncing Souls and Singer-songwriter Shanti Wintergate invite kids to dream of a colorful world within the vast space of their imaginations. And whatever landscape that becomes, Play Date offers love, laughter and light coupled with the uplifting mantra that We All Shine. 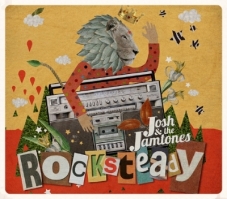 Josh and the Jamtones – Rocksteady (Review)

The Jamtones deliver exactly what makes them such a successful family staple. Rocksteady is a powerful amplifier that cranks out hit after hit. 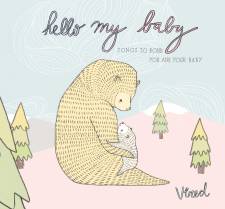 Vered of Baby in Tune – Hello My Baby (Review)

Hello My Baby reaches out with a loving hand to remind all of us, babies included, that it’s all okay. Through warm, soothing vocals, Vered relates to her audience like a supportive and understanding best friend. She delves into the most complicated aspects of parenting, in which we are constantly at odds with selflessness and selfishness; being a parent while still wanting to be nurtured ourselves. As I listen, I find myself laughing, crying and just taken by the reality of it all. 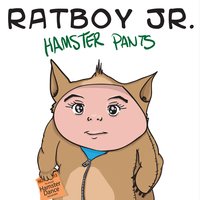 The joy of listening to Ratboy Jr. can be found in their catchy hooks and lyrics, and the fact that you can count on exploring the curious, wild and weird. Your mind wants to wander along with the impossibly possible scenarios dreamt up by this New York state duo. It feels good to go on an adventure with Ratboy Jr. Just remember to bring your imagination and dancing shoes. It’s gonna get fun-kay! 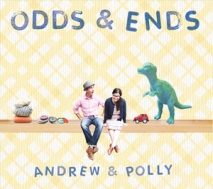 From the creators of the popular podcast Ear Snacks (which I label as Portlandia for kids) this L.A.-based duo offers a lovely album that is easy to return to. The feeling of listening to Andrew & Polly, whether it’s through song or their podcast, is akin to seeing your best friend on the playground at recess. Delight. Laughter. Fun. Odds & Ends captures the sweet, the playful and the sentimental moments of being a kid (with a little reflection for parents). There is no shortage of singable songs delivered with infectious charm. 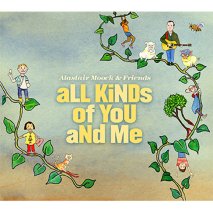 Alastair Moock – All Kinds of You and Me (Review)

Understandably, creating a modern day version of such a notable and groundbreaking album like Marlo Thomas’ Free to Be would be quite a feat. However, if anyone were to approach this task, Alastair Moock is the man.  To take on such an epically classic album that has impacted so many people and challenged society’s view of our world takes courage and really the perfect amount of humor and swagger. Moock is a modern day Woody Guthrie, mixed with a hint of Bob Dylan. You can hear it in his style, in the way he uses music as a guide for justice and most certainly in his clever wit. 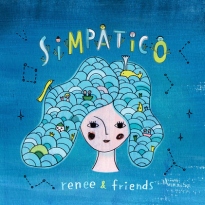 Simpatico is a moving, ethereal place where community, togetherness, reflection and love exist. An effort by Renee Stahl, one half of the euphonious duo Renee & Jeremy, along with producer Rich Jacques and a bunch of musical/celeb friends (Chris Ballew of Caspar Babypants, Lisa Loeb, Colin Hay of Men at Work, Glen Phillips of Toad the Wet Sprocket, Maya Rudolph, Molly Shannon), Simpatico is a profound album filled with lush harmonies accompanied by the gentle sounds of acoustic folk.

From their 2010 debut, Outside Voices, The Pop Ups have owned the electro-pop corner of the kindie world, while also finding a way to visually bring their music to life through engaging lyrics. Listeners will not only find endless hooks to sing along with, but they will also be encouraged to play along with the plethora of ideas brought forth in tunes that actively prompt them to expand their minds to the endless possibilities of imaginary play. 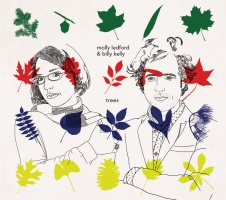 What is it about trees anyway? They stand guard, very much alive, playing a major role in so many aspects of our lives. They protect us and the other creatures in our world, give life, nurture and offer endless hours of playtime. Like a solitary oak nestled in the vast space of a prairie, this Grammy-nominated debut beckons you to contemplate its majesty. A well-paired duo, Molly’s and Billy’s vocal strengths and styles echo that of “two trees that lean on each other like old friends.’ 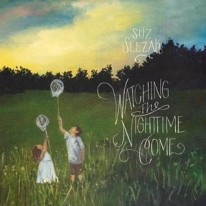 Imagine for a moment strolling barefoot through a lush grassy meadow. As the first light hits your face, you are instantly caressed by its warmth. The joy that comes from bathing in that moment describes the feeling you get when listening to Suz Slezak sing. Her gentle voice tenderly radiates warmth and peace as it weaves its way through her debut of soft songs and lullabies. 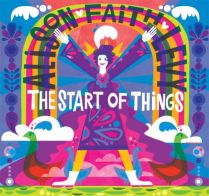 The Start of Things brings us closer to Alison as a musician and a person, striving to bring the best out of herself and others. If you can imagine classic rock icons like Grace Slick from Jefferson Airplane or Carole King singing for kids, then you’ve got some insight into the soulful sounds of Alison Faith Levy. 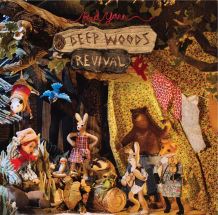 A complex and passionate collection that resurrects the spirit of classic folk songs mixed with rollicking energy echoing that of a gospel choir. Though the music is a blend of amped up indie/folk rock, the energy of the community that joins Red Yarn in his enlightened venture back through the Deep Woods is spectacular. 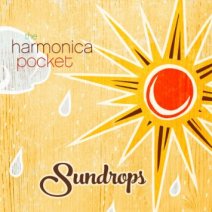 Port Townsend’s Harmonica Pocket point our focus on nature in their third album. The gentle way Keeth Apgar and Nala Walla deliver their lyrics through this breezy, acoustic folk collection is refreshing. Ride the wave of songs that celebrate the bounty and delicacy of nature, from wishes of butterfly metamorphosis to splashing in puddles and digging in dirt. Sundrops will shine harmony into whatever space the music is played. 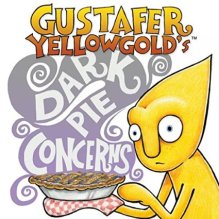 I don’t know what’s more profound about Gustafer Yellowgold: Creator Morgan Taylor’s brilliant ability to craft multi-dimensional songs with cavernous depth, the smooth alt-rock sounds, the pictorial lyrics or Taylor’s linguistic finesse. Or all of it. There is no limit to what Taylor can accomplish and Dark Pie Concerns takes the cake.

Cat Doorman – Calling All the Kids to the Yard (review)