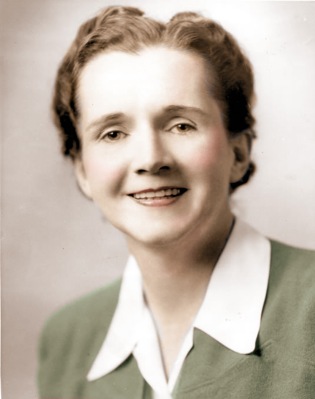 “The more we can focus our attention on the wonders and realities of the universe about us, the less taste we shall have for destruction.”  – Rachel Carson

Women’s History Month drew to a close earlier this week and now we look forward to spring holidays, and Earth Day. Today’s post celebrates a female hero, and her fight to maintain a healthier, greener planet for all living things.
Rachel Carson was a marine biologist who valiantly fought for conservation by calling out the hazardous effects of synthetic pesticides. Her book, Silent Spring, forced the banning of DDT, and made a revolutionary dent in the legislation governing the use of chemicals and other pesticides. Carson’s work and tireless efforts also inspired a grassroots movement which ultimate led to the creation of the Environmental Protection Agency. 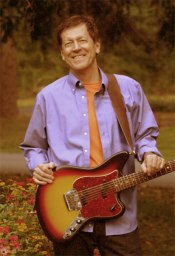 Jonathan Sprout, a Grammy nominated musician who has devoted 21 years or his career focusing on heroes from a variety of trades and professions, (science, politics, sports, medicine, entertainment, education) wrote a song in honor of Rachel Carson called “Interconnected.”
As I was talking with Jonathan about why he chose to write about Rachel Carson, he explained he wrote about her because of her devotion to the wilderness and her heroic sense of duty to Mother Earth.

She was by nature, an introvert who preferred to  peacefully and quietly enjoy nature (like me). But as she studied nature (as a scientist), she became increasingly alarmed at what the insensitivity of large chemical companies was doing to our planet.

She saw firsthand the results of what massive doses of chemicals were doing to the plant and animal food chain. She didn’t want to take on the chemical companies. But, as a learned scientist and an author, she was best armed to lead the fight. She took on the chemical attack of nature with her book Silent Spring. It’s a beautifully written book – both poetic and analytic – full of praise for nature’s ways and at the same time, full of charts and statistics about the ruthlessness of DDT and other chemicals that were indiscreetly being sprayed virtually everywhere to try and stop the spread of mosquitos.
She was berated, irrationally, and ruthlessly attacked by the chemical companies. She heroically responded with facts and statistics, refusing to lower herself to the level at which people were attacking her. She fought hatred and prejudice with truth. Sounds a lot like Martin Luther King, Jr., doesn’t it? Ironically, Rachel Carson died of the very thing she fought against – cancer. But her book and her fight saved the rest of us from a chemical invasion that, in the 1960s was out of control. President Kennedy called for the creation of the Environmental Protection Agency because of Ms. Carson.
In 1980, the Presidential Medal of Freedom, the highest civilian honor in the United States, was awarded in her memory.

..
Follow along with the lyrics at Jonathan Sprout’s official Rachel Carson page.
Jonathan’s song about Rachel Carson, “Interconnected,” is from American Heroes #4, winner of 11 awards. His American Heroes series has won 26 national awards including a GRAMMY Award nomination.
Among the pantheon of heroes he chooses, some are household names like Dr. Seuss and Walt Disney and some live quietly down the road doing something extraordinary like Samantha Smith. Jonathan has celebrated many women heroes who are so often unsung and overlooked. For the heroes he researches, both men and women, Jonathan looks at their qualities and what they stand for to bring a deeper awareness of these historical figures in a kid-friendly format.

One thought on ““Interconnected” – Celebrating Rachel Carson by Jonathan Sprout”