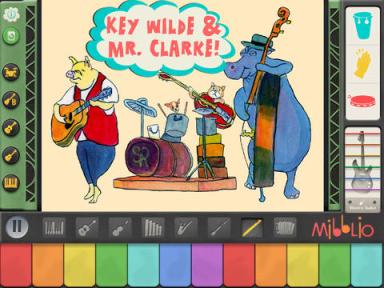 It’s National Reading Month and to celebrate Key Wilde & Mr. Clarke you can listen to a bit of their rockin’ song, “Animal Alphabet” from their highly acclaimed release, Pleased to Meet You.

Additionally, Key Wilde & Mr. Clarke have paired up with Mibblio to produce an Animal Alphabet mibblet (Mibblio’s animated musical story book) for iPhones and the iPad.

Through gorgeous illustrations and clever use of alliteration, Key Wilde & Mr. Clarke’s “Animal Alphabet” sets in motion the foundation for language development and reading. Although there are many renditions of the alphabet song out there, Key Wilde & Mr. Clarke quickly capture their audience’s attention with creative language like “…nautical narwhals nuzzling noses.” And thanks to Mibblio’s interactive musical interface, kids can jam along with the animal alphabet band, too. When we were done jammin’ with the band, Em and I made good use of the mibblet’s pause button to practice reading at our own pace while further admiring Key Wilde’s glorious artwork.

This is one artistically arranged animal alphabet adventure you won’t want to miss. 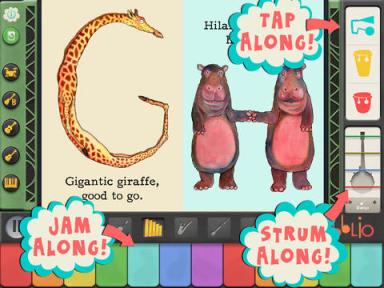